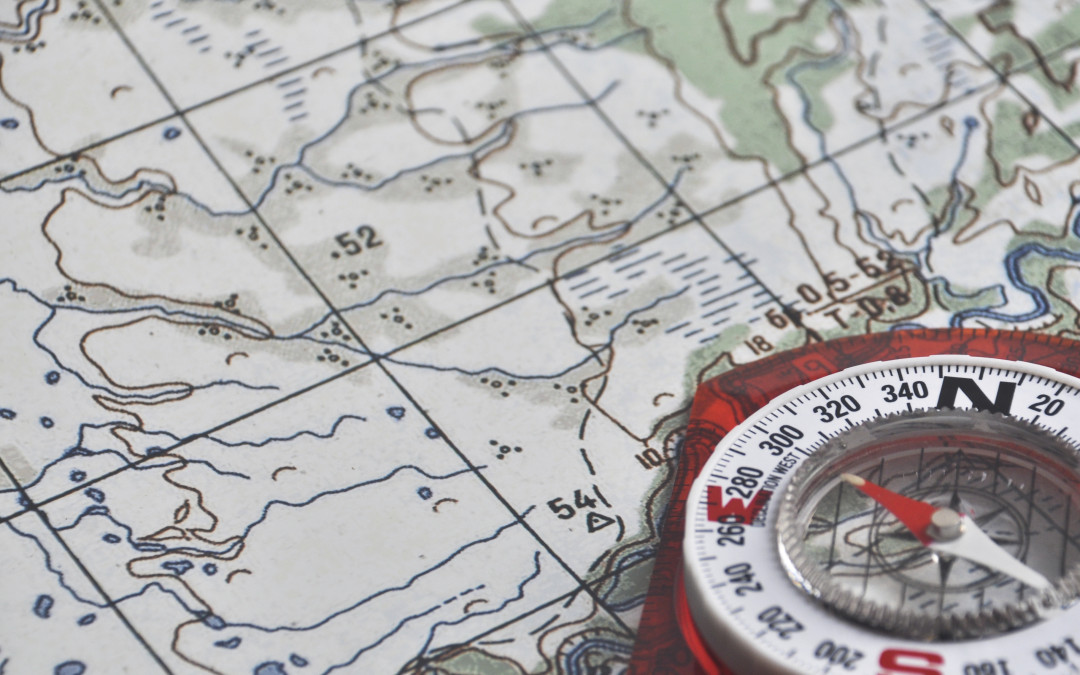 In the first, you are dropped off with a group in the wilderness. You have no idea where you are, no idea where you are headed, and no way to find out. Most importantly, you have no idea why you are there! The person who dropped you off says nothing as he drives away. As you turn around to take in your surroundings, you begin to panic. In one direction, you see mountains. In another you see forest. The sun is setting (at least you now know which direction is West) and it’s beginning to get colder. You just want to get to safety… you want to get home. You take a few steps, as do others, only to question everyone’s sense of direction. Some people turn around and head the other way. As you begin to question yourself and the group again, you feel your heart begin to race and your breath shorten. Despite the cool temperature, you begin to sweat. Fear begins to overtake you. You don’t know what to do, but you can’t force yourself to take a breath and simply do nothing. You begin walking, as do others. Some quickly begin running. Where, you don’t know… but somewhere!

Now, imagine the opposite scenario. You are dropped off in the wilderness with a few others. As he drops you off, the person leaving you offers the following statement to the group, “This group’s mission is to safely reach its destination no later than 12:00 p.m. tomorrow.” He hands you a map and adds, “you are here”, pointing to a specific place on the map… and simultaneously points to another point on the map saying, “and here is your destination.” Before he walks away, he points out some natural hazards and dangers on the map. He then hands you a compass and, before finally departing, shows you how to use the compass and the map in conjunction with one another to find a bearing, orient in the direction of travel, and measure your progress. As he leaves, he repeats your mission and adds, “you can do this. I believe in you.”

The question: Which group has the tools for success?

All too often, organizational leaders overlook the power of a mission, a map, and a compass. I’m constantly seeing and working with companies and nonprofit organizations that, metaphorically, seem to be wandering in the wilderness. When you ask them where they are going, how they are going to get there, or most importantly, their mission, they can’t really tell you. When you ask to see their “map”, they can give you a predetermined path to success, but often can’t tell you the hazards that exist between them and their success… the rivers they’ll have to forge, the mountains they’ll have to climb, the impassible objects they’ll have to go around, or where the terrain might allow for a safe change in direction. When you ask them their bearing (i.e., what direction they’re currently traveling), what waypoints they’ve passed, or how they’re measuring progress, they don’t’ always know. And, like the scene described in the first scenario, in these organizations you see people constantly questioning themselves, constantly changing directions, and panicking.

I’ve been fortunate to spend time in lots of different organizations and scenarios, from battlefields to boardrooms. I’ve been in dangerous scenarios and participated in humanitarian scenarios. I’ve assisted in rescue scenarios and I’ve sent others into those same scenarios. I’ve worked in organizations whose purpose is to serve humanity, and in companies whose purpose is to make money. I’ve been led up mountains, down rivers, and on long distance backpacking trips, and I’ve led others on wilderness adventures as well.  And in each instance, I’ve found that whether you’re running a company, leading troops in battle, or scaling mountains… a mission, map, and a compass are essential to success. Yes, we use different words to describe those tools in business terms… words like purpose, strategic plan, KPI’s, budgets, dashboards, path to exit, barrier to entry, etc.… but the value and meaning is the same.

So, as a leader, next time you give someone a project, make sure you also provide them with the tools for success; a mission, a map, and a compass. Or, next time you’re assigned a project, make sure you remember to bring those tools with you. If they haven’t been distributed, ask for them. If you don’t know how to use them, ask for training. Otherwise, you, your organization, and/or your people might be walking around lost in the woods for a very long time!

Interested in having help creating, reading, or usingyour organization’s mission, map, & compass?
Email me directly to set up a time to discuss!